Solar energy for kids - look to the future

The creation and use of energy is one of the most important subjects for children to learn.  Renewable energy sources like solar energy are increasingly important because countries economies and security are closely tied to their use of energy.  Kids that learn about solar energy will be in a better position to make the right energy choices when they get older.  Perhaps they might invent a new technology that will help us gain more from our daily bath of solar energy.  Exploring DIY solar projects like building solar robots, solar cars and boats can also bring kids a better understanding of solar energy.  Solar toys are a great way for kids to learn about the science of solar energy.

The sun gives off more energy in one second, than people have used from the beginning of time.

It is bigger than anything we can really imagine -- a million planet earths would fit inside it! It takes millions of years for the energy from the center of the sun to reach the sun’s surface. And then just eight minutes for it to travel the 93 million miles to earth.

Without the sun, the earth would be freezing cold

The earth would be minus hundreds of degrees Fahrenheit, almost as cold as space. The sun produces nearly all the heat on the planet. The sun also makes the wind blow and the ocean currents flow. Its heat makes clouds, rain, snow, and all the weather on our planet, too.

Get Zapped With Solar Panels

Kids, solar panels are all around you

Have you seen those big orange signs along the highway with flashing messages about an exit being closed or a traffic jam ahead? Guess what’s on top of those signs? There are big solar panels up there. Also, little solar panels are used on solar calculators (the panel is usually the little strip across the top). More and more you can see solar panels on the rooftops of people’s houses. You can even see solar panels on cars and boats! 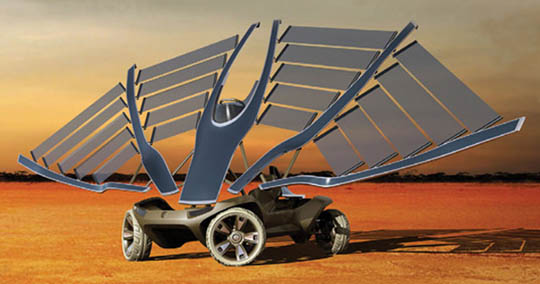 Cars That Run On Sunlight?

Like solar-powered homes, solar cars run on energy from the sun by converting it into electricity. Solar cars use lots of solar panels to gather the sun’s energy and fuel the battery that runs the car's motor.

Solar cars designers look at how spaceships, bicycles, cars, and solar panels are made in order to come up with the best design for a solar car. Solar car designers need to include lots of solar panels, so there is enough energy to power the car. The car should also be really light. Almost all solar cars ever built have been for the purpose of solar car races.

The most popular solar car race is the World Solar Challenge in Australia. Using only the sun’s energy, cars from all over the world race across the continent of Australia! 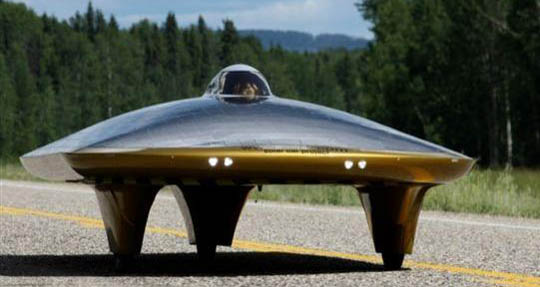 How About Solar Boats?

A passenger ferry in Sydney Harbour, Australia, called the Solar Sailor, can run on wind, sun, battery, or diesel fuel, or in any combination. It uses special Solar Wing technology to capture sunlight for electricity and for wind power at the same time. The wings move automatically using a computer, tracking the sun for the best solar collection and the wind for the best sail power. If it gets really windy, the wings fold down against the solar boat. Large batteries store electricity generated by the diesel generators and collected by the solar panels. The electricity then powers the electric motors. 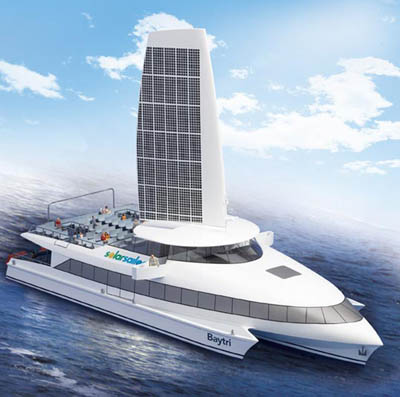 Solar Energy Is Cool. Why Isn’t Everybody Using It?

Even though humans have been using the sun’s energy for thousands of years, photovoltaic (solar-electric) technology is still very new, and sometimes it takes time for new things to catch on. And, since solar energy technology has gotten better in the last ten years, some adults don’t realize that it’s become as cool as it has. Even if grownups know it works well and want to try new things, it’s very hard to switch to a new system once you have another system working already. 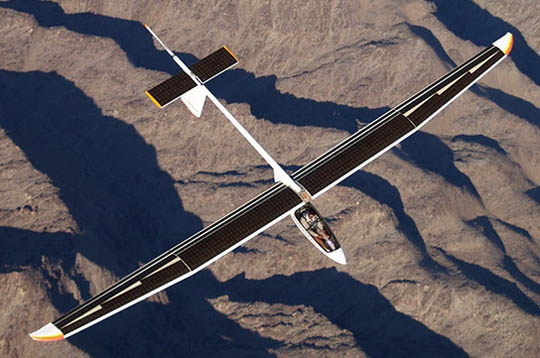 Of every 100 people on the planet, 6 live in the United States. If everything were fair and equal, we would use as much of the world's energy as we have people--6 percent. Instead, we use between 25 and 30 % of the world's energy! Each of us uses twice as much energy as the average person in England, two and-a-half times as much as the average person in Japan, and 106 times that of the average person in Bangladesh! And using too much energy isn't just bad because we're going to run out of it someday. It's also bad because it produces pollution. Per person, people in the United States produce way more "greenhouse gases" than any other people on the planet.

Nine of every ten tons of coal used in the United States are used for electricity generation. Here’s how it works: coal is burned to heat water into steam in an electric power plant, then the steam turns a turbine that drives a generator that produces electricity. During this process, about 2/3 of the energy in the coal is used up to make electricity, or becomes waste heat, and only 1/3 winds up being delivered to users as electricity. There is no energy wasted when using solar energy.

If all the passenger vehicles in the United States were lined up bumper to bumper, they would reach from the earth to the moon and back! The amount of fuel consumed in these vehicles each year is enough to fill a swimming pool as big as a football field that is 40 miles deep!

Energy efficiency is the amount of useful energy you get from a system. A perfect, energy-efficient machine would change all the energy put in it into useful work—an impossible dream. Converting one form of energy into another form always involves a loss of usable energy.

Your body is like a machine, and the fuel for your machine is food. Food gives you the energy to move, breathe, and think. But your body isn’t very efficient at converting food into useful work. Your body is less than five percent efficient most of the time. The rest of the energy is lost as heat. You can really feel that heat when you exercise!

All of us use energy every day—for transportation, cooking, heating and cooling rooms, manufacturing, lighting, and entertainment. The choices we make about how we use energy - turning machines off when we’re not using them or choosing to buy energy efficient appliances - impact our environment and our lives.

Energy conservation is any behavior that results in the use of less energy. Turning the lights off when you leave the room and recycling aluminum cans are both ways of conserving energy.

Energy efficiency is the use of technology that requires less energy to perform the same function. A compact fluorescent light bulb that uses less energy than an incandescent bulb to produce the same amount of light is an example of energy efficiency. The decision to replace an incandescent light bulb with a compact fluorescent is an example of energy conservation.

It almost always takes less energy to make a product from recycled materials than it does to make it from new materials. Using recycled aluminum scrap to make new aluminum cans, for example, uses 95 percent less energy than making aluminum cans from bauxite ore, the raw material used to make aluminum.

The coffee maker in your home can be programmed to turn itself on each morning. Your family doesn’t have to turn the car around and go back home to check the iron when you are half way to the beach. The iron will shut itself off. Pretty smart, you think. Well, appliances are about to get even smarter. The next step will be to have appliances in the home communicate with one another.

Italy’s Merloni Elettrodomestici will soon introduce a line of digital appliances--a refrigerator, dishwasher, and washing machine--that communicate with each other through standard electrical wiring. Each machine will monitor total power consumption in the home and cut consumption if it senses a potential circuit overload. The machines can be programmed so that their heavy energy use takes place at off-peak hours. These appliances will even be able to monitor their own status and notify a repair center via the Internet if problems develop.

Do Energy-Sucking Vampires Lurk In Your House?

You might think that vampires only come out at night or during Halloween. Well, guess what? They are everywhere, all of the time, working 24 hours a day, using energy at your house; and they are adding some 20 percent each month to the amount your family pays for energy.

Vampire energy is a type of energy used by things that consume electricity twenty-four hours a day, even when they are turned off or not being used. TVs, VCRs, DVD players, computers/printers, stereos, microwaves, coffee machines, washers/dryers, rechargeable power tools, etc. are the everyday secret users of vampire energy. You think you have turned them off, but they are still running.

According to energy experts, the amount of energy used by these vampire consumers can add up quickly. Vampire energy amounts to about five percent of energy consumed in the United States and usually costs consumers more than $3 billion each year.

Put a Stake Through the Heart of the Energy Vampire